Where Are You On The Political Spectrum? ^-^

CONTROVERSY POSSIBLE. PLEASE DO NOT BE A DICK ^-^

So, lets break from the sadness and dispare that has rocked our world. as a child i was taught never to judge a person by their cover, because you might not know what is on the inside

i wanted to see where people are on the political spectrum

For Me, I’m Centre Left

disclaimer: this absolutely should not effect anything, as these are our own opinions and beliefs

I am far right

I’m over there with Sweden.

right ftw. I’m the only person I’ve ever met who likes Corbyn.

Libertarian for me. Fiscally conservative but socially liberal. I’d recommend looking into Gary Johnson if you are not too fond of the current top candidates.

I’m center-right (Conservative), I do like to change, but I want to preserve traditions. I don’t favor Communism, but I do have some agreeing opinions in Socialism, and Libertarianism. I don’t think Russia, today, is a republic, and still lie near Communism.

Here’s a tool recently released in the lead up to the Australian federal Election. You can use it to determine where you land on the political spectrum:

If you need to enter a postcode do 2000 for Sydney.

Here’s me for example: 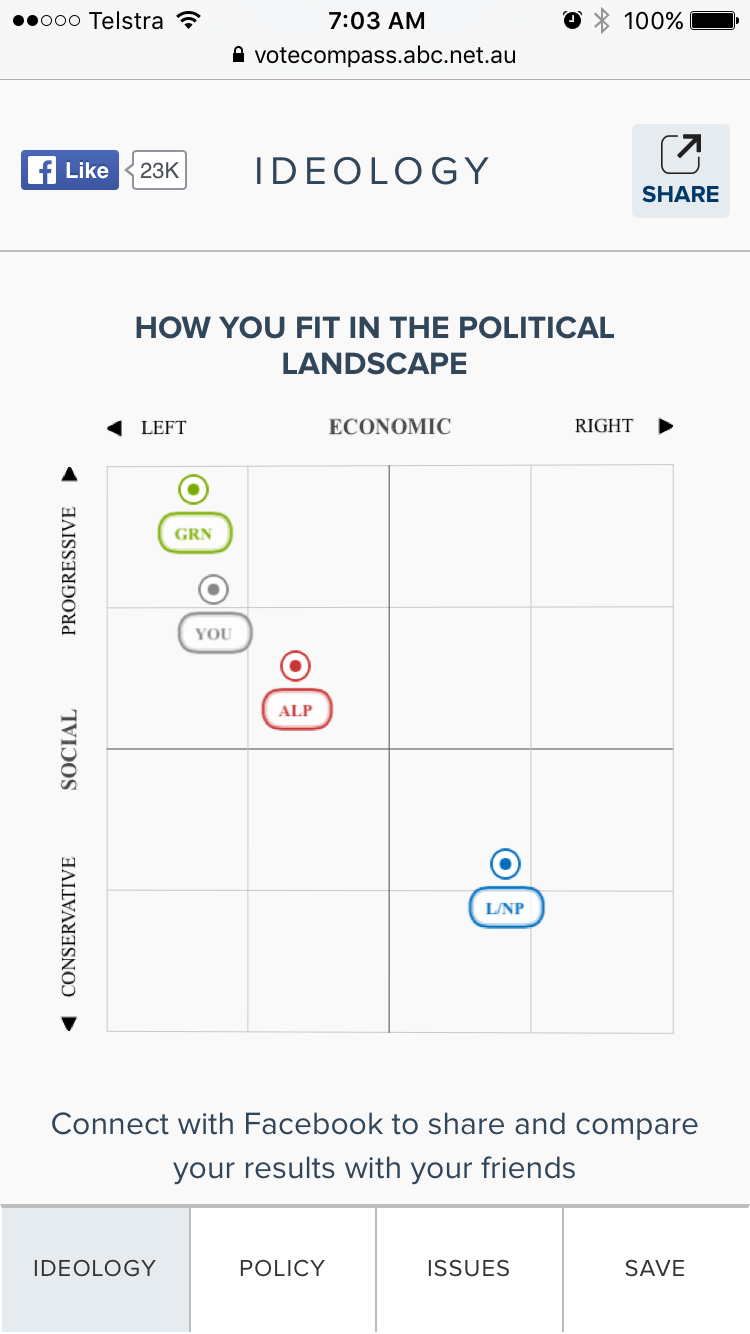 Socialist Democrat for me.

Socialist Democrat for me.

Centre left - around ‘LIBERAL’ on that pic

Definately orange, but I can be persuaded to be red

Given that the coalition (L/NP) is currently putting up Turnbull I’d have to say that if I were eligible to vote (and actually still lived in Australia) I’d vote Labour.

Around the left side of the Swedish flag.