The Texture Pack EVERYONE on PCB Needs.

Today whilst on Planet Minecraft looking at texture packs, I found this:

My first reaction was: Holy Sht. This is real. HOLY SHT! This is the single-most amazing texture pack out there on Minecraft today. The only issue I can see with it is that I think it only comes in x128 and x256.

The guy who made it is also making this texture pack for SMP as well. So, what do you think of this BEAUTIFUL texture pack? Thoughts down below.

Hmm, I’ll give this one a go. Looks very nice and modern, which is the style I really like.

Yeah, the guy who made this also built a city to go with it. It’s a pretty flipping huge city, too.

Edit: Here’s a link for more pictures and info about the city.

I saw this, they estimate completion in about 4-10 years.

EDIT: Derp, I saw a different one:
http://www.planetminecraft.com/project/project-1845/
They’re building Beijing as it was in 1845.
Currently over 36million blocks placed and 10 months in.

Psh ital, run it with shaders like a boss. Anyway looks epic.

Those screenshots only look as good as they do because of either
a. in game shaders
and/or
b. post-composition with photoshop

The video looks nothing like the screenshots you have here. I like the look of it, but I hate texture packs that change the way blocks are arranged. For example, a wood block might be a metal block in the texture pack and a diamond block might look like smooth clay. Those make buildings look utterly terrible in default or in other texture packs 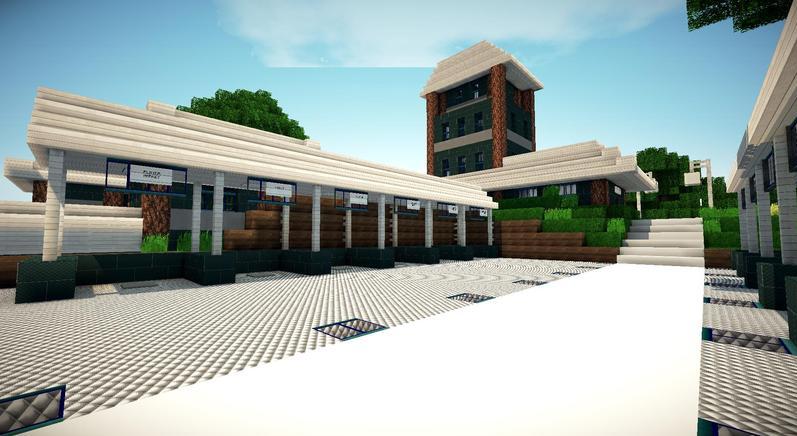 Really nice first screenshots, but I agree with andy. The actual results don’t work out unless you used the pack from the beginning. Guests would not have it, so the buildings would all look strange.

Nice touch, but I don’t plan on altering my tex pack any time soon.

Oh I agree, texture packs can make some things look way different. It’s good to use for single-player creative, but probably not multiplayer. Still looks pretty darn cool though.

I bet it would look crap without the best video options and perhaps a shading mod… But hey, who am I to judge, I don’t have a computer.