Well I know at least one other person on this server wants this so here it is.

So far there is no requirements besides possibly having a Hylian shield on your back though this is not mandatory.

so it begins… it will end with a blood and fire

If i may Pierre, i would like to say that maybe the requirements should be a Zelda-esque skin, one of the links, Zelda, Shiek/Impa, Ganondorf, a Hylian Knight… something… would that be acceptable? i currently have on the Fierce Diety Skin soooo… yeah just a suggestion. (and BTW i am joining this of course =D)

[size=10pt]Oh a guild for factions? Hm perhaps I could join, or maybe I should remain a farmer in Hard’s faction guild. 0.0

I’m still Assassin. But will do any jobs you want, without forming alliances as that makes stuff boring

Perhaps there should be a caste system of sorts? currently i know of the Assassins, the Hylian Knights (our group), Knights of Valo… maybe these could all coincide and meld in some sort of way that would be beneficial to the whole of PCB? maybe there should be alliances and raivalrys withing the community?

I will not form any alliances, as no one apart from me does assassin stuff really, so I will be like, a mercenary xD Also, without wars its pointless and boring.

we could start a war

the Hylian knights. set out to secure peace and justice throughout the Biomes, against the evil Bolje Army, whos dastardly deeds have set out an apocalyptic destruction of the Biomes through the genocide of Chickens.

I’m in. We could organise to do this on a set date, and I could continue training my recruits 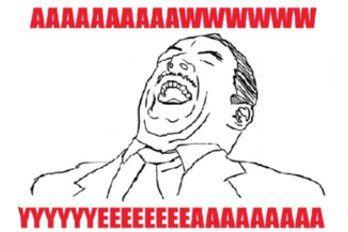 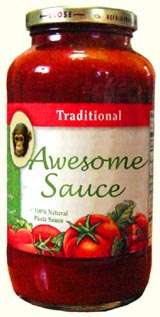 im stealing that i hope you know? and when is going to be a good time for you to do this? will it be over the course of several days or one day at a particular time?

Not sure, can’t do it yet as I am visiting relatives in yorkshire atm xD Whenever suits bolje too, as he has to be in on us planning to charge at his base and pwn.

Also, I would like to make my home in 1.2 first, as that will be my base of operations.

that sounds like an awesome idea Zesty. will you be joining one side or the other?

Yes. xD Sounds like we will need preparation time.

And as I am not a faction as such, as people don’t do anything, I will use my home. I will have a base section to it but it will be hidden.

Liam i just saw your other post, and i believe that being able to hold off and think about things untill 1.2 would be best. and to anyone who sees this, if your good with Redstone, more power to you as far as secret bases, as Liam has just suggested. but we will need other cooperation, and to split up the people who are participating into groups as far as who will be in the Army, a Knight, and the Assassins. i believe that Assassins should be able to pick which side they wanna be in. that way both partys have some.

I have some ideas to make this a bit more structured.

Wow lost of post when I was gone. So yeah Shadow some kind of LoZ skin, but if people don’t want to the can just have a Hylian shield on their back.

About this planned war. I’m in no way against it but I don’t how you guys can plan it. I f you can get it up and running, awesome.

ok im liking where we are going with this.

ok so maybe there should be rounds and a point system.

so a round will be dictated by the fact that each team will have a base of some sort, and each team will utilize that fort/base. so each team will attack/defend and at the end will be the end of the round. as far as points go, they will be accumulated by the amount of the base the attackers destroyed, along with livestock killed, chests plundered, and sentries (defending players, iron golems, wolves, ocelots) killed by attackers. and as far as the flag goes… maybe an actual flag made of wool/wood… i don’t want this to be a one hit and its destroyed item i want the team to have to work for it as far as destroying an item to mark the end of a round.