You were banned by Saint for being a “chronic asshat”.

TBH, I don’t want you unbanned. I highly doubt saint does, especially as the last appeal was a 110% no, hence the forum ban.

Zak did not ban you, saint did.

Personally, I want you to be banned for the same reason as saint. You were a constant annoyance to pretty much everyone, staff or player.

Honestly, it doesn’t sound like you’ve changed much. Sure, your appeal is slightly more maturely worded than the previous attempts, but you are still double posting, your attitude in this appeal and your replies is pretty awful - you’re acting as if it’s our fault, as if we have something to make amends for and you tried to pretend this wasn’t your account.

Still, It’s up to saint.

BTW Who is Wairoa? It says that he posted in my old appeal.

The guy who banned you…

Used to be known as Saintnizair. 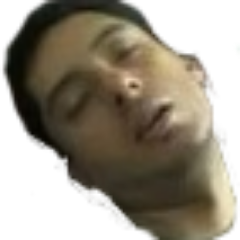 I have no respect for someone who attempted to deceive us in order to make his ban appeal go through.

Several months ago, I thought I might retire the name Sebertkillerz so I changed my name to andwoid when I got GTA Online and then I started using that name everywhere else except Minecraft because I couldn’t change my name in minecraft, so when I got here, I was using that new name and when I noticed a skin in my account, i thought it would be someone else so I changed it related to andwoid so I ended up with this name

Please watch this video, listen to it carefully, same thing happened to me over there.

I think you are like one of those servers who stand out from the rest and I know your staff is friendly so please be nice.

Uhhh… What has that got to do with anything, you weren’t banned for using a hacked client (which it is, along the side it says things like “Known Problems: X-ray has a memory problem”). You were actually banned for being constantly annoying.

So far, it’s a ‘fuck no’ to this appeal. You’ve said little to convince me you’re better and I doubt you’ll say anything at all now to change my mind, but for the sake of letting you have a final plea, i’m giving you the opportunity, its important to me if you reflect on all the shit you did to get you banned in the first place.

But why you no forget the past??

Do not post anywhere on the forums other than this thread. I have given you a forum warning point. If you continue to do this you will be banned from the forums.

Just because Project City Build has a history of being a reasonable and fairly forgiving server does not mean we are in any way obligated to unban anyone. Especially if we think someone will only be a detriment to our community.