This will be the official rant thread, as suggested by Liam. So if you just want to let go post below.

You wanna know what grinds my gears? YOLO. I mean, some unskilled, retarded rapper comes up with this stupid abbreviation, and people take it as an excuse to go out and do stupid acts. “OOOOOH, we only have one life, so live it getting pregnant or drunk or doing drugs!” Really? I think of it as you only live once, so make the best out of it, not trash yourself. I mean, how retarded are some people getting these days? In my opinion, there should be a law: Even THINKING of the phrase YOLO should be grounds for execution. Kill those retards PLEASE. I’m zakrox96, and that’s what grinds my gears.

If someone says YOLO to me on facebook or something, I send them this. I don’t even like this song, but it will scare them shitless.
[youtube]http://www.youtube.com/watch?v=312Sb-2PovA[/youtube]

I’ll have more to add to this thread soon. I will be using it often I think… I dislike a lot of things/people. 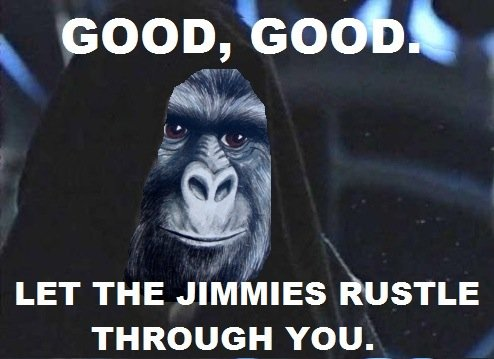 Anyways, what I hate are those people that like making judgements before knowing a single thing. Kinda like what liam said about music. When people just start complaining about something without knowing anything about it, it makes me want to smack them in the face.
Speaking of wanting to smack people, how about excessive swearing? At my school, every wednesday (for the last 6+ years) is sandwich bar. Two months before school gets out, some kid says to his friend “What’s for today?” His friend says “Sandwich bar.” The first kid then goes “Aw f*** I f*in’ hate fing sandwich bar why can they f***ing get something else?”
Third on the list of annoyances is people saying that X is the new Y. First, there is no such thing as a “new” Y. For this example, I will be using the sadly overused statement “One Direction is the new Beatles.” First, there is only one The Beatles. The name’s copyrighted. There can’t be a new The Beatles. Secondly, you can’t draw comparisons between what’s popular now and what was popular forty-fifty years ago. Third, unless One Direction somehow manged to get 4 songs in the Top Ten and nobody heard of it, they aren’t close to the beatles.
Fourth, a majority of popular music. Most popular songs are unintelligible gibberish mixed with word salad, with a repetitive beat in the background. As an example, anything by Nicki Minaj. Any decent music is promptly overplayed and overused to the point of becoming annoying (Somebody I Used to Know, for example). On top of that, half of the time you can’t even tell who the “artist” is unless someone tells you, because they’re all auto-tuned beyond recognition.
There’s probably more, but I can’t think of any now.

What grinds my gears?

t’was jk, i hate that stuff just as much xD

Made me laugh. I like l33t speak if used as a joke or in moderation. Too much and it’s a pain to read.

People who don’t try something but instantly judge it. For example, a couple of weeks ago I told my friend he should try Minecraft. He went ‘No it’s shit’. ‘Oh. When did you play it? They get updates all the time?’.‘Oh I never played it. Just looks shit.’

NEW THINGS TO ADD THAT HAVE HAPPENED TODAY!

On Saturday, I am going to a university open day, to look around. Someone asked me what course I was going to look at, so I said “Environmental Science, or something like that”, then he goes, “you are no longer part of this conversation. You like the environment.”
I was just like…
-facepalm-
Its not even directly related to the environment…

EDIT: Something else to add:
The attitudes politicians have (in the UK anyway.)
Whoever isn’t in power at the time, always picks up on the tiniest little things, saying they would do it better, the current government is shit and can’t do anything. Now, why can they not attempt to cooperate? Obviously they will have some conflicting policies, but for many things, they can contribute ideas and get opinions of others to improve plans. Does that not make sense? Rather then bickering like children.

Yeah, same happens here, but it gets annoying when its constantly aimed at you.

What the fuck did i just watch?

I hate when people answer your question with a question.

I fucking hate bad grammar…spelling is of as long as i can read it.

Ruby, I’m guessing you did not mean to spell it that way. Made me laugh though.

You know what really annoys me, people that are completely unappreciative. I see this so often in life, particularly at school. I live in a fairly well off town in general, and many of the kids have smartphone, but what annoys me is that their parents pay for all of it. Do they thank their parents? Most of the time they don’t, some people are very sincere, and their parents do it for their child even though they don’t have the most money. That is fine, since the child know their parents hardship, and most of the time they appreciate it. The problem stands with everyone else. Even though my family is very well off, I still have to pay for everything I buy, except for the essentials. I don’t pay the phone part of the bill itself, since my parents deem it vital for communications, but things like data, and the phone itself I do pay for. I bought my laptop, I bought my iPod’s, I don’t get things for free, I have to do something for them. This is a vital lesson in life, since most of the time parents won’t fund your whole life. You know what this has taught me? To save money. Many people around my age immediately spend their money on a new game or whatever they want to get. I do have times where I want to buy something, but you have to think, how does this impact my life, and is it worth it. Most of the time no it’s not worth it. Could I buy myself a high end computer right now, yes I could, but is my computer so slow where it makes sense to spend that money? No.

tl;dr People that get things for free in life and don’t appreciate it. Nothing is free, someone, somewhere, had to work for it.

Sorry if this is very scatterbrained, and just a wall of text in general. I just woke up so pardon that. I probably used commas too excessively lol.

After posting this I realized, that I think I under-appreciate the Admins.

SpecialK: Spec has helped so much, especially in the previous months. He does most of the stuff you don’t see. He takes so much time out of his already busy life, so I thank you for doing what you do.

Andy: Really the first Admin I ever saw. Such a nice person, and like Spec he takes a lot of time, to do things like making and maintaining the website. Many thanks go out for all the things you have done for the server.

Kyle: Probably on of the nicest people I have met. Probably about 8 months ago, I asked him to help me on a Lab Write up for school, since I knew that he was a grammar-nazi. He did in fact help me, for quite a long time over Steam messages. I got a 98/100 on that project, which was a 20% weight on my grade. I canno’t believe how much he helped, and I give many thanks to him just for that. Even now he runs the Classic server off his own computer, which is just amazing.

I hate it when you are Messaging someone and its really import ants like someone just died or something like that. and its a really long paragraph and all they reply with is ‘K’. I MEAN WTF! it drives me insane because it feels like the person is just trying to make you shut up! >.>

You know what really annoys me, people that are completely unappreciative.

I see it a lot at my school. or when someone just doesn’t care, And doesn’t take the time to thank people. One day your parents will be gone and you will not be able to get them back. so why not enjoy the time your friends/family are here? Be grateful for what you have, some people don’t even have a place to stay at night!

Oh there’s another thing that annoys me . When People Judge others from how they look. Who knows they could be really nice and you made your impression that they are weird, fat, ugly or mean. The people who do that type of stuff are just plain cruel and mean.