A quick reminder to our players that the server is not currently 1.5 compatible until an update for Bukkit is released (most likely tomorrow). You will not be able to access our 1.4 server with a 1.5 client.

To continue playing on our server in the meantime, click “No” when prompted to update.

Could someone tell me what’s new in this update?

The Word of Notch

Also, there are now different saplings for each tree, and if you hold shift whilst selecting an item in a chest, it automatically goes into your inventory, and vice versa (I haven’t tried the second one) And I am sure there are other things too!

I hope i will be able to load mc now, But knowing my luck no

and thanks liam for the update link

Once the server has been updated, i will be creative cove’s local weatherman.

Random question of the day : Do you like cheez?

While we wait, who wants a free copy of the original Portal? Only got one copy spare.
Edit: Gone.

Off topic, but I actually got my copy while they were giving it away for free. I love Valve for things just like that!

I played Portal when if first came out on a friend’s PC. I got it recently and played it again in anticipation for 2.

If a creeper gets hit by lightning: 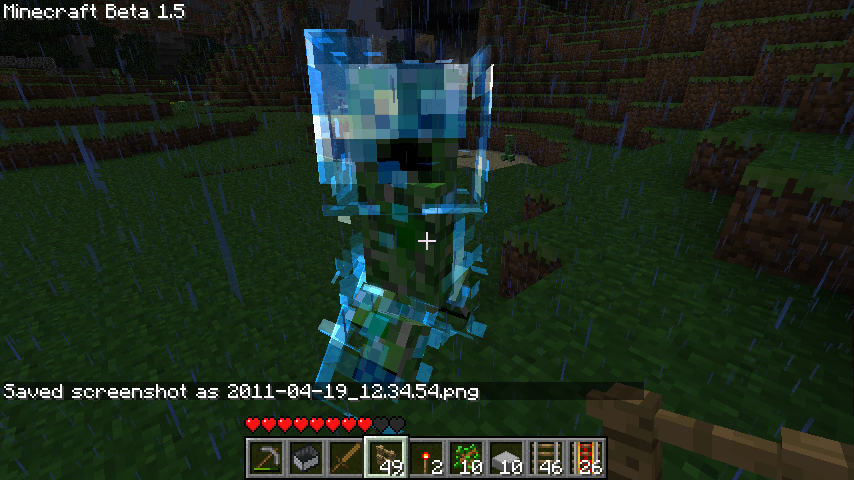 That happens. And bigger boom. D:

Whoah, nearly everyone updated their Minecrafts to their latest version. That’s why there’s no one in the server. XD

is the back up yet if anyone knows ?

We’ll let you guys know when the server is back up. As it is, there is not a single Bukkit server up (which is I’d assume about 95% of all SMP servers) - the only ones up are Vanilla servers.

i dont think theyl update for like 2 weeks
watch this!

There wont be a update for bukkit UNTILL 1.6!

Incorrect. The bukkit team are currently working to release a Recommended Build as we speak. They have already released an experimental build (689) which is compatible with 1.5 - however, a lot of vital plugins are incompatible. As such, we will not be upgrading till a recommended build is released shortly (it should not hopefully be more than a day or two more).

Our anti-griefing plugins are currently the only thing stopping our world from burning down from fire the second it gets booted up (there is natural lava all over the place).

whenever bukkit get around to it ;), it normally takes anywhere from a day to a week just depending on everything, since the recent update en-corporates statistics that may cause a delay in progress.

do you think there will be an update tommorrow?