I recently started binge watching Captain Sparklez’s Mianite series on youtube and I was wondering if we could do something like that but with the admins being the gods I think it would be hilarious to see people worshiping Andy, Spec, Kyle, Sip and John respectively. The wars that will ensue by debating who is a better god and the gods can bless their servants godly armour and weapons to fight the other god’s worshipers. There could also be a hierarchy of priests by the level of trust that the admins have in them.

I actually think this would be pretty funny

I’ve never played it, but it sounds hilarious.

On a separate server, or as a special weekend event, this could work.

Yeah I was thinking more like an event. You create 5 teams who have to create a church/mosque/synagog (a place of cult) for one of the admins.

The best one wins.

Only worship one god sorry

I am with Ruby with a separate server idea rather than just one weekend and there will be wars on the server between the different cults or churches one of admins could prod their servants to do bad things to other cultists like assassinations and griefing ( there will be rules on how bad you can grief and there will be repercussions for going overboard) other gods could motivate their worshipers to build amazing things or protect other cultists. There could also be alliances and enemies. The new people on the server could be swayed to join different cults and people could betray there cult to join another or be without a god.

This would be a hilarious weekend event sort of thing that we could host periodically on a side server. Just reset it every week and reopen it on the weekend.
I’m down for it.

I really am looking forward to this we might even have to make separate rooms on teamspeak and passwords for the different cults.

ALL HAIL THE MIGHTY CONCH!

“What should I do now mighty conch?”

“THE CONCH HAS SPOKEN.”

I need to really stop talking to myself.

ALL HAIL THE MIGHTY CONCH!

“What should I do now mighty conch?”

“THE CONCH HAS SPOKEN.” 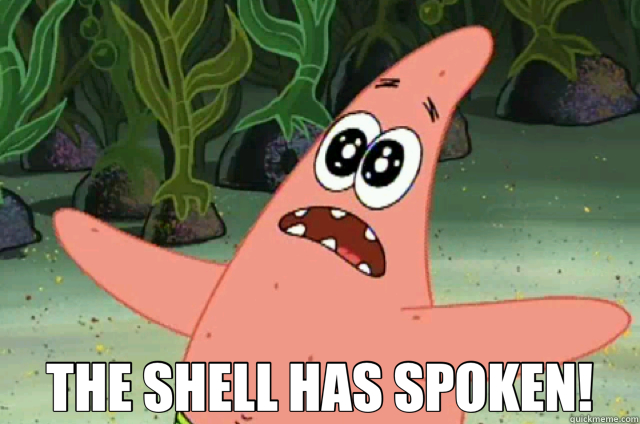 I dont meant to brag… but EpicOskar already worships me. I’m one step ahead of you guys.

I think we should have another server instead of just an event.

This would be fun!

I am with you lego ;D

This is a decent idea but someone’d have to step up to run it, staff or otherwise.

Ya, I would if I could host something like this but alas I only have an old laptop. lol

So r we gonna do it?

We already know Britney is the best god. They would win, because all of their minions would have little golden booties.