Jenny, you have been a consistent issue. From yelling in all caps over the most trivial of things, to very inappropriate speech when asked to stop. You are a very common problem, so I can’t really see this as a “joke”.

Well I was think I was going to unban because she at least said sorry but I am not aware of these other issues. I actually would like input from other staff who have had issues with her on what I should do.

I was talking to her yesterday and did not have a problem, in fact I was unaware there were any with her. She seemed ok to me and to others when I was on with her.
She invited me to her house on mc and showed me around was talking to her for maybe 20 mins.
Sorry can only speak as I have found.

I know what i did in the past was also very wrong of me… I am honestly super sorry and i really hope you can forgive me. i promise nothing like this will ever come up again. this is my favorite server and it would break me to lose access to it forever.

Oh dear, you really have screwed up here.

You changed your username from epicbubbs to your current one, but epicbubbs is already banned.

Bypassing bans is against the rules.

Can anybody think of a reason not to keep her banned?

Oh dear, you really have screwed up here.

You changed your username from epicbubbs to your current one, but epicbubbs is already banned.

Bypassing bans is against the rules.

Can anybody think of a reason not to keep her banned?

@Anthjmon10 Major grief in your town, you were who banned epicbubbs.

first off i dont ever remember being banned as epicbubbs and secondly i changed my name because it was my brothers old account and i thought his name was kinda lame. 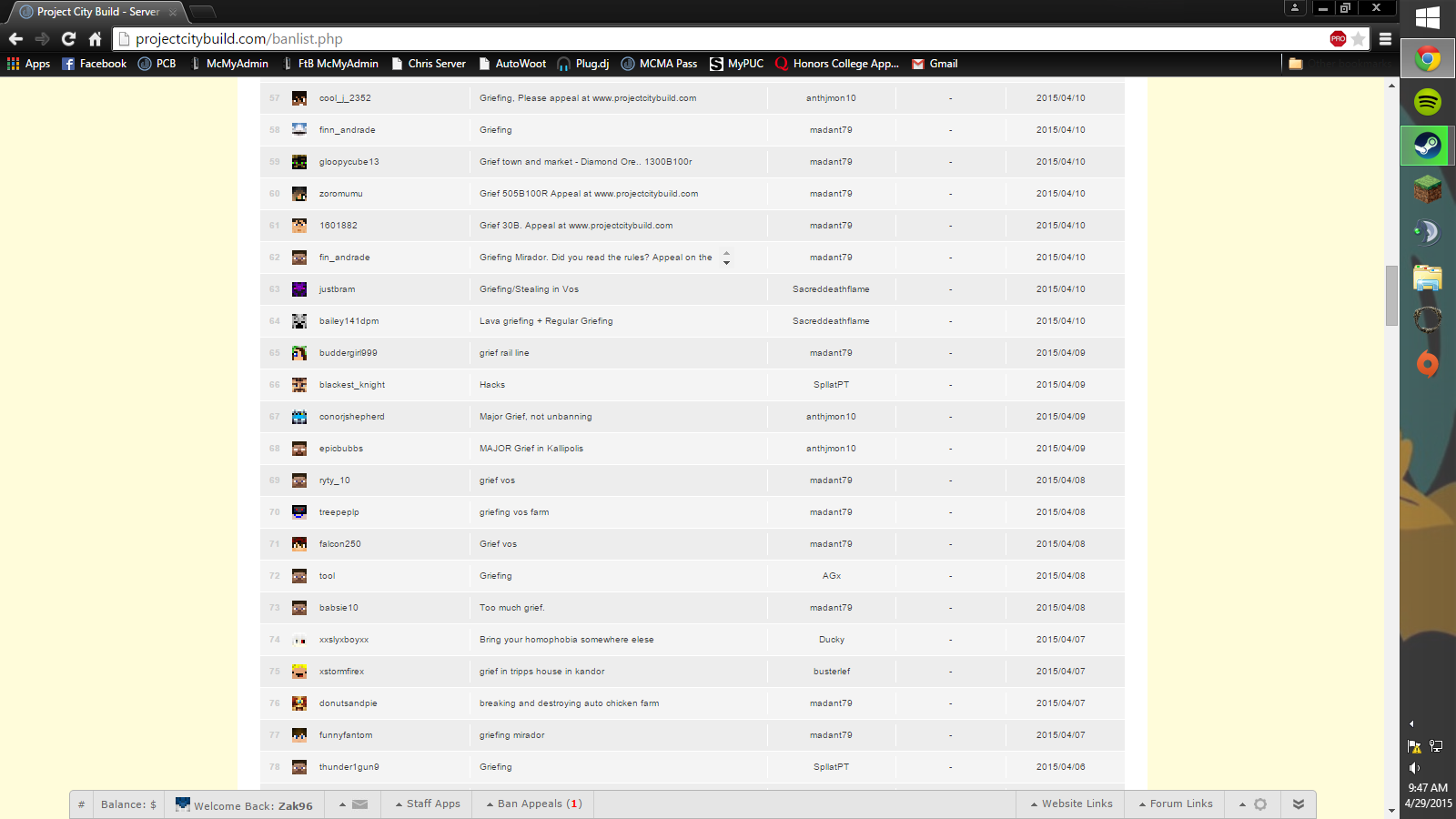 Also, if you truly want to get us to believe it wasn’t you, how’s about this:

You changed usernames within a month of today, no doubt. Go to the screen that shows you how long you have to wait before changing it again, and take a screenshot of it for us when it says how long.

Here’s a piece of assistance on my part: https://account.mojang.com/me

I couldn’t find any ban appeal in the list for my old name. i have also attatched the picture you requested.

Your name was changed the very day you were banned. Your forum profile for epicbubbs, created the day before you were banned. This places you at the most suspicious place you can be. MC_JennyEF only became so when epicbubbs was banned from our server.

Even if, by some strange, out of this world chance that it wasn’t you, we still banned YOUR account, and your account is YOUR responsibility. Seeing as you changed names right after being banned for MAJOR grief, I find it very hard to believe that you are telling the truth.

Not to mention, by changing usernames, a ban was bypassed. We ban on sight if someone bypasses one of our bans, no matter the case.

Please give me one last chance. I can honestly guarantee nothing like this will EVER happen again. this is almost the only server i play on, i really dont want to lose it now after building so much and making the few friends i have on it.

You were banned under epicbubbs, by Anthjmon10 for majorly griefing his town. How’s about you start there?

@Anthjmon10 Waiting for your input here, seeing as you have banned this player twice over now, under two usernames and for two separate offenses.

You were never unbanned, you simply managed to get past the ban. Stop trying to join, and wait it out like everyone else.

The reason for that is you have not been unbanned yet by anyone that banned you mainly Anth or the Octo.

Please do not try and get back on server until this appeal says you have been unbanned.

Sorry, i didn’t realize i was bypassing the ban simply by trying to join

i thought it was just some random staff unbanning me because they didn’t know why i was banned.

Until you see that someone has unbanned you on this appeal link please do not try to join the server.
Please be patient.
Thank you

Ok after all the issues I am not going to un-ban. I don’t remember the grief in my town but if I put “MAJOR” grief then it must have been pretty bad. Also by-passing a ban then getting banned again? That is really not good.