I was bored so I made a slightly accurate map of the land in the creative world. Please note anything if you want changes or additions.

The story of Tropion:
Years and years ago, a small group of people traveled the ocean exploring the vast landscape of Minecraftia, when one day they were washed ashore by a mighty storm to a land soon to be named Tropion. The people built as they went, creating mighty towns for natives to see. Historians are not sure why they built, but some believe it was just these peoples culture to build.

Then they ended up at Terra Caelum, a mighty continent full of diverse biomes, that was where they fully unleashed their full knowledge. Some of the most largest cities are in Terra Caelum, and many have migrated in all directions looking for land to build.

Time will tell when they will run out of land, and a new time will begin. 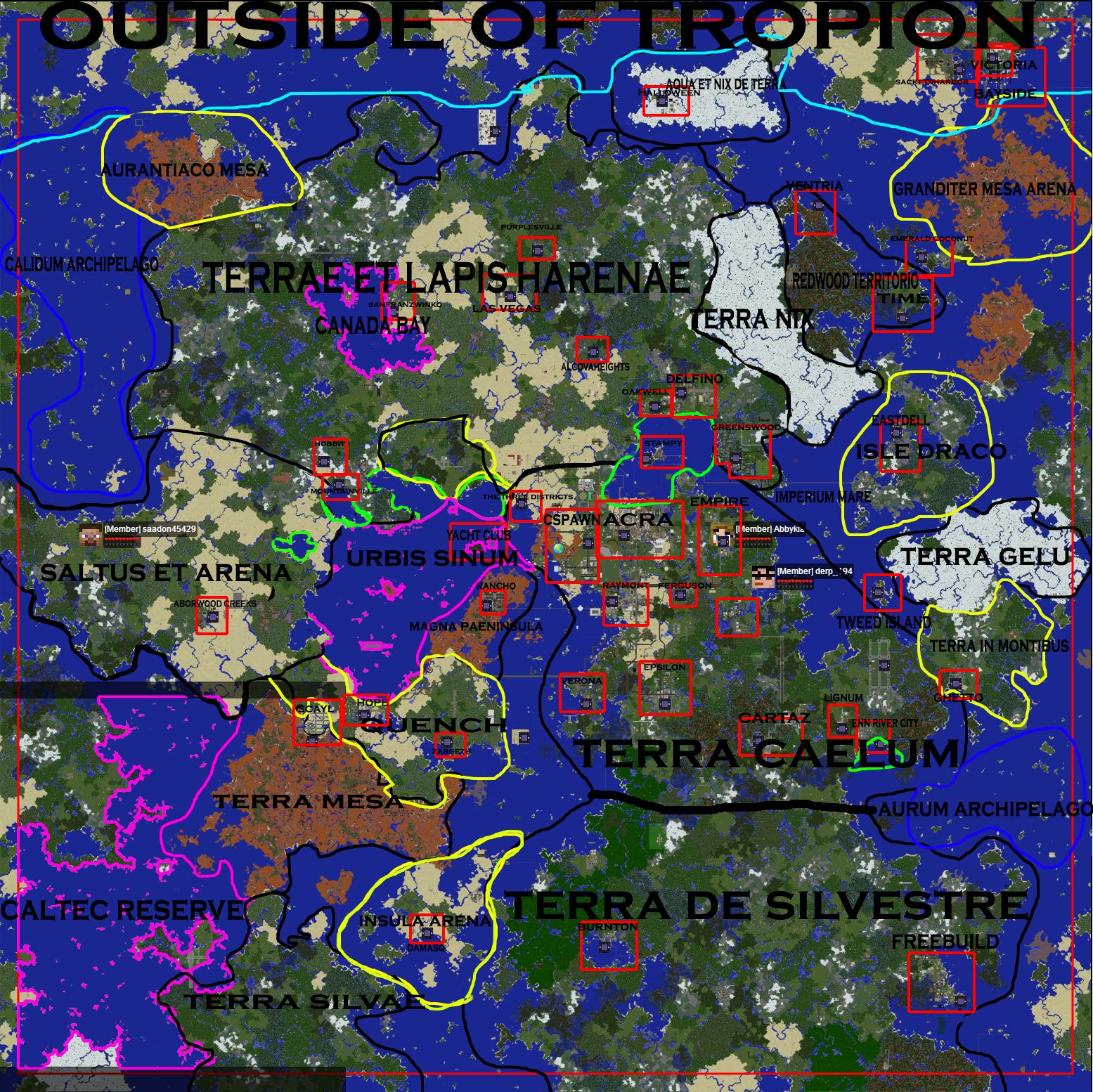 Acra city - A large modern contemporary city which has skyrocketed to one of the largest cities to be in Tropion. It’s estimated size is over 298,320.00 squared meters or 0.30 squared kilometers

Empire city - One of the newest cities in Terra Caelum, the growth rate is very high and the city is causing attention on a massive scale. The tallest building is a replica of the shanghai world financial center

The proposed size of Empire city is about 368,946.00 squared meters or 0.37 squared kilometers

And buddy idk what you mean. Anyone would do this if he really wanted to. I was just bored and I made the map/

I have a correction lol. The tallest building in Empire is no longer the Shanghai World Financial Center, but the Empire West Observation Tower, built by BryceDestroyer03, which surpasses it by 3 blocks.